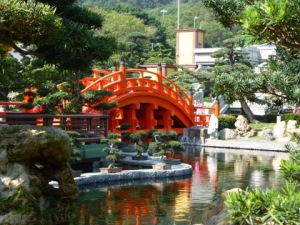 Today was our final day of training for this trip. I am looking forward to writing about the work soon. In the meanwhile, here are some thoughts about the India leg of our journey.

During my last trip to South India, two years ago, the focus was on the Sri Lankan government’s genocide against its Tamil speaking citizens, an act that had taken place over several months the year previous. Tamil Nadu, of which Chennai is the principal city, is a predominantly Tamil speaking state and many people there had lost someone in the genocide. While there was an enormous desire in Tamil Nadu to discuss the genocide and it’s aftermath, the Indian government was actively suppressing public discussion.

I had been invited by a local NGO to speak about contemporary Native American experience from the perspective of a non-status person of mixed ancestry. As a result, the door was open to publicly discuss the implications and long-lasting troubles caused by programs of genocide. I found myself interviewed by three newspapers, and receiving additional invitations to speak at hastily arranged public events during which attendees spoke to the painful and lasting effects of the genocide.

During this past trip the genocide remained a theme, yet had taken background to violence against women and the growing trafficking in so-called “black magic”. There is a broad consensus in India that rape, acid attacks, and other forms of violence against women are increasing in frequency. A recent poll stated that 84% of women, of all ages, are afraid to be out alone at night. Several recent brutal rape-killings of women, and cold-blooded robbery-murders of older women have greatly impacted gender relations in India.

Another troubling issue for many is the perceived increase in the use of “curses” and the practitioners who could impose them. Common terms for this activity included “cursing,” “black magic,” and “Voodoo”. There was a general agreement that the increased reliance on “black magic” was a result of rapidly growing economic disparity,and the desperation and envy that accompany it. In conversation with mental health clinicians, students, social workers, and physicians there seemed to be a consensus that the use of the “black arts” is indeed on the rise, and that many professional people lack tools and skills to address the problem when it arises in their lives, or in the lives of others.

I was in India, in part, to teach shamanic ideas and practices to persons in the healing professions, and was repeatedly asked to teach skills for addressing curses. Now, I imagine Western trained clinicians would simply attribute stories about curses and possessions to societal stresses, a sort of group anxiety. Such an explanation, while having some merit, would, no doubt, be rejected by most of hose with whom I spoke. The lived experience of human imposed darkness was, and is, simply too vivid and visceral.

My experience in India suggests that shamanic practices, a form of local knowledge among Native people and others, can be useful in addressing the immediate effects of curses. At the same time, Narrative ideas and practices can open a space for discussion of the social forces at work in the culture, and in the lives of individuals and families, as well as offering possible directions that might be taken to address them. This marriage of story and visionary healing has long been practiced by Native people in the Americas, and incorporates problem mapping, externalizing, and explorations of preferred ways of living with shamanic healing.

Another area of discussion in India was that of disability. Disability, aside from its role as an aid to begging, is hidden away in much of South India. Lack of infrastructure, support services, and public acceptance contribute to a virtual absence of disability in the public sector. As a result, the topic of disability has taken on a deeply troubling, even fearful, presence for many Indians. In short, disability has joined the Tamil genocide and the practice of “black magic” as topics both feared and regulated to positions outside open public discourse. Even health care workers who have campaigned for more inclusive practices in other social spheres are often fearful of publicly discussing disability issues.

One may readily imagine the use of Narrative conversations as a tool for public discussion of disability, genocide, and “black magic”. However, there appear to be few Narrative practitioners in South India, and there is a hesitancy among clinicians to utilize Narrative ideas in a culture that is strongly hierarchical, anti-tribal, and eager to be seen internationally as well acquainted with current Medical and mental health treatment practices.

I am left wondering whether the residues of colonialism in North America and India work against the spread of Narrative practices as Michael White, and generations of Native healers imagined them. Perhaps the  development of individuals and communities of shared values, dreams, and preferred ways of living is too great a threat to the cultural and medical hegemony that now characterizes much of world culture. I also wonder whether recent efforts to erase indigenous influences from the history of the development of Michael White’s work reflects the needs or demands of these forces.