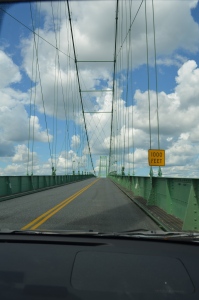 A drizzly, chill morning. Sun will likely return by Sunday, with temperatures rising into the 60’s F! There is a hint of spring in the air, and smiles on many faces.

I’m reading Australian writer, Joan London’s, marvelous novel, The Golden Age. The book, which takes place in a children’s polio rehab facility in about 1954, garnered several literary awards. In the novel we meet a diverse group of people who are impacted by the virus; we are also informed of the myriad ways polio, the war, and the Depression intertwine to change the lives of everyday Australians.

I read for a while this morning, while waiting for a meeting with my physiatrist. As I sat in the large waiting room, I found myself transported by the riveting narrative that includes numerous polio stories, an early teen romance, the complexities of being an adult in post war Australia, and the challenges of parenting in a an epidemic.

The story takes place in an epoch not unlike our own, a time of great change and imminent peril. Desperation runs just below the surface of the characters’ lives as each attempts to adjust to both everyday events and the grand background narrative of turmoil and recovery. As has again become the case in our much U.S. culture, the novel’s world, at least thus far, is a distinctly European one: the main characters are a young boy and his parents, all Holocaust survivors, whose world seems devoid of Aboriginal Australians and the racism that seethes in Australian society.

Still, prejudice is always present, whether against persons with disability, the individuals and families touched by polio, or those of lower socioeconomic status. Also present are the hopes and dreams of those represented, and the fears they harbor for futures shaped by prejudice, trauma, and disability, even within a culture committed to seeing to the rehabilitation, as much as could be accomplished, of those who had fallen victim to the virus. The children, and their families, are not left to their own devices, nor do the children abandon one another, even as each must make their own way in a new and challenging world.

The story world of the book is, for me, both familiar and not. Even though I was struck down by the virus in the time frame of the book, my story branched out in its own inevitably unique trajectory. Still, the similarities outweigh the differences and the tastes, smells, and textures of post polio recovery fill my awareness as I read. I’m about 2/3 of the way through the book, and am curious to see what happens next.