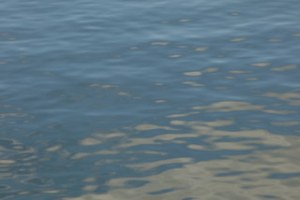 Polio was a stealth virus, contagious only until the person carrying it developed symptoms; in spite of this, the households of those who contracted the illness were often quarantined. Overnight, victims and their families might find themselves social pariahs, remaining outcasts long after the illness had pasted.

In the absence of concrete information about the behavior of the virus such families became symbols for the dreaded disease, as did other groups.  The spread of the virus was frequently attributed to persons of lower socioeconomic status, immigrants, and persons of color. By the 1940s the predominance of cases were occurring in affluent neighborhoods and nannies, maids, and other domestic workers became persons to be feared. We would later learn that persons born into lower socioeconomic classes were exposed to the virus at much younger ages, and thus generally suffered milder cases. They also had less access to healthcare, so many polio cases went undiagnosed. (Usually, polio was a much less serious illness when acquired early in life.) Paradoxically, improved sanitation in wealthier areas meant those who contracted the illness did so later in life and were a much greater risk for harm.

Echo: Even though the link between sanitation and severity of symptoms had been known for some time, politicians continued to cast the blame for the worsening epidemics on marginalized classes and groups. The combination of terror, lack of knowledge, and public scapegoating resulted in the further marginalization of the blamed groups. That said, Polio was dreaded by all classes and races. As as result there was instant support for the National Foundation for Infantile Paralysis when it was founded by President Roosevelt in 1938. Perhaps better know as “The March of Dimes,” the NFIP mobilized Americans in the fight to understand and defeat Polio, and offered support to victims and their families. The foundation quickly became an enormously successful fundraising organization, and remains the model for funding much medical research today.

Echo: By 1944, following several major epidemics, Americans had, with the aid of the foundation, conflated the “war on Polio” with the war against the Axis powers; that war metaphor carried over into the Cold War with what was then the USSR. The outpouring of funds from “everyday people” and elites, alike, paved the way for the development of effective, and relatively safe, vaccines, and the end of Polio as we knew it. As stated earlier, the very success of the project resulted in the loss of interest in the virus on the part of the public, and a sharp reduction in the funding available for those still struggling in the aftermath of the virus. Polio survivors and the public at large were encouraged to put Polio behind them, and get on with the business of life. Of course, many Polios, and their families, were not able to do this successfully. Those of us who made significant recoveries would, decades later, discover that our very resiliency had established the conditions for the arrival of Post Polio Syndrome, a progressively debilitating condition. Just as earlier the NFIP had ceased aiding Polios, recovered Polios suddenly faced a much reduced social safety net, a situation arguably caused by Bill Clinton’s welfare reforms and the even more draconian cuts instituted by those who followed.

Echo: Not all agencies have failed Polios. When, in the 1980’s, it became clear that many of us were developing new, debilitating symptoms, the Social Security Administration quickly developed a policy of fast tracking disability claims from those suffering Post Polio Syndrome. Still, Congress has made numerous attempts to reduce already meager disability benefits, and politicians have continued to label Social Security Disability beneficiaries, including Polios, frauds. These attacks are part of a much larger, concerted effort,hearkening back to attacks on the New Deal, to destroy any semblance of the social contract to support those who cannot fully support themselves.

Polio survivors, although aging, remain the largest group of people with disabilities in the United States. The sheer size of our numbers proved a driving force in the disability rights struggles of the 1980’s and 90’s. Setting aside injunctions against meeting one another, Polios gathered together to speak about and address the many barriers they faced as persons with physical disabilities. Soon they took to the streets, demanding access to transportation, buildings, and jobs; they were quickly joined by vets and other disabled groups. Soon Polios and their allies took to the streets in England and many other countries.

Echo: These disability activists faced many of the same tactics used against other minority groups who challenged the dominant culture in the 60’s, 70’s, and 80’s, including water cannon, dogs, and billy-clubs. Fortunately, media, especially television, were often on hand to record protests, and lend, intentionally of not, support to the activists. The resulting major civil rights legislation changed the lives of disabled people in much of the Western World, and parts of Asia. Now, governments are actively undercutting many of the gains achieved by civil rights activists. As a result disabled people have once again taken to the streets in England and other austerity focused European countries, as necessary supports are withdrawn, sometimes resulting in the deaths of disabled individuals. Sadly, now there is little or no coverage from the largely state or corporate owned media.

Echo: The message from many governments is that in a time of perpetual war, terror, and austerity there is little funding available to care for the disabled, to properly educate our children and young adults, to care for the environment, and to aid those who are dislocated, impoverished, or hungry. Muslims, the LTGT community, and people of color are the targets of hate groups, politicians, and governments, and there are anecdotal reports of increasing physical attacks on the disabled.

The world seems poised to eradicate polio and fulfill Roosevelt’s dream. The Cold War is history, as is the iron lung, and in the next twenty years or so most of us who developed Polio during the epidemics will be gone. Yet, the fight for civil rights, full access for all, and a truly humane social policy continues, as does the resistance to those goals.