This is the first of a two part series about Polio, Cultural Diversity, and the Cold war. 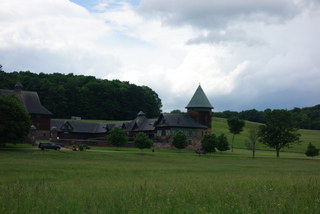 I’ve been reading Polio stories, both narratives and fiction, each true in its own way. In my experience, the subject fits the weather, hot one day, then wet and cold the next. I contracted the virus over the Labor Day weekend in 1955, that social marker between summer and fall.

Polio was the quintessential Cold War disease, having no known pathway of infection, and threatening children and young adults. Everyone and everything was a potential source of infection, and thus suspect and dangerous. Even those closest to one might carry the virus.The virus was insidious, the threat pervasive, and once an epidemic began, could not be stopped!

The Fifties were a time of intense racial and cultural tension, and differences were viewed as suspect, if not actively dangerous. Little was known about the Polio virus, except that it developed in the gut; as it turns out, much infection was spread via feces. That explains why swimming pools, theaters, and playgrounds, sites of much mixing of people,  cultures and races, were perceived to be hazardous, just as metize was dangerous.

The virus was ubiquitous, almost everyone caught it. Only about 10% of those who contracted the disease developed significant symptoms. Of those, only 10% progressed to respiratory compromise or failure. Estimates suggest that about 2-3% of those who developed Polio died. Still, Polio was terribly frightening, a public nightmare in a time of international peril.

When the Polio virus escaped the gut, it attacked the brain, killing or weakening cells. It then attacked motor neurons in the spinal column, resulting in weakened muscles or, if enough neurons died, paralysis. Paralysis became a dramatic social metaphor, as a powerful nation helplessly watched its children become incapacitated or die. (An echo: today we seem equally incapacitated in the face of ever-growing gun violence.)

Then there were the iron lungs, devices that breathed for lung-compromised victims. The iron lung is a metal tube into which the ill person is placed. Being in the lung is both a relief and terrifying, holding the threat one might become stuck there, living in a sort of limbo, for a lifetime.

When the illness had passed, the survivor might be left with a twisted, weakened body, and most likely faced many months of physical therapy, future corrective surgeries, and a life among the marginalized. At a time when all difference was suspect, the Polio survivor had gone from being a part of the culture to being Other.

Oddly, once the Polio (survivor) had recovered as much as he or she was judged likely to, they were encouraged to avoid contact with other disabled people in general, and Polios in particular. I can remember meeting only one Polio survivor during the period between leaving the hospital and graduating college.

Yet, eventually Polios did begin to seek out one other, and from those meetings arose a civil rights revolution.

15 thoughts on “Echos: Polio, Diversity, and the Cold War ”