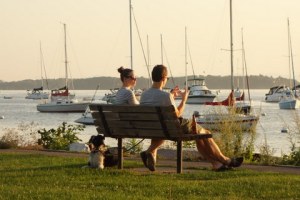 The rains have finally returned, refreshing the Earth and spurring the trees into leaf change. Now, as seems to be the pattern following dry late summers, we carefully watch a hurricane as it moves close to the coast.

I awoke a little after 6 this morning; the world was still dark, and rain drummed lightly on the bedroom windows. It seems only a couple of weeks ago that it was light at 4:30!

Yesterday I joined Deb Reger and Dee Brightstar on Moccasin Tracks, for a conversation about Native identity. The radio hour danced joyfully by as we compared notes, listed to Native music, and laughed our way through a usually challenging conversation. Miraculously, the conversation remained playful, up-beat, and Coyote infused. I am grateful for being invited back!

Issues of identity are inevitably hot topics in Indian country, a painful legacy of ongoing colonial rule. This legacy remains all too alive in mass media, where images of Native identity are woefully limited. Although a rich array of Native cultures remain in the Americas, this diversity is largely invisible to most people. Being asked to speak for all Indians, or mixed race people, is an everyday experience for many of us. A trip to a bookstore quickly reveals many books that purport to do just that; there is money to be made! Of course, such claims are necessarily malarkey. We are too diverse to be spoken of in unitary language.

I imagine there are as many understandings of Native identity as there are Natives. This is a good thing! Imagine there was just one way of being Italian American, Catholic, or Hispanic. What a dull world this would be! (Of course, consumer culture would like us to believe there are limited ways to identify ourselves, just as we are encouraged to believe fifteen brands of toilet paper constitute meaningful choice.)

Interestingly, Columbus Day came up in the conversation, even though it’s a couple of weeks away. Columbus is celebrated in settler culture even though he was probably completely lost when he “discovered” the Americas, was a ruthless enslaver of Indigenous people, and tortured, raped, and murdered with gusto. I like the idea of doing away with his name day, maybe replacing it with Indigenous People’s Day, and mandating that schools teach students our histories, cultures, and continuity. We are, after all, still here.

Beyond Indigenous People’s Day, we might create other holidays to honor the many peoples who have found their way to Turtle Island. Maybe we could begin with Italian American Day. We could teach about the immense suffering faced by each immigrant community, and the ways xenophobia remains at the very heart of the colonial enterprise. Perhaps we could also have an Indochinese Day and explore the remarkable cultures of Southeast Asia, as well as our role in displacing so many millions of people.

Central to any such project must be a Latina/o Day to make visible the amazing variety of cultures and lifeways that abide in our Latin American communities. Maybe such a celebration would also be an opportunity to teach our students about the Indigenous, and other poverty driven, folks who gather at, and often try to cross, our southern borders, and the ways North American governments and their corporate allies profit from both the theft of Indigenous and subsistence lands, and the desperation of the displaced.

Identity is so simple and so complex! We are each whomever we are, and so much more! Let’s create deep structures for sharing the stories and cultures of the Americas. Let’s celebrate identity as Spirit stuff, and resistance to tyranny. Perhaps we could begin here.

Who do you understand yourself to be? What do you want us to know about your life, your sense of self and belonging? Your Ancestors and heritage?