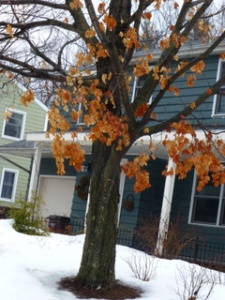 After the Earth was created The Twins were born. One Twin brought stories of peace, collaboration, and compassion into the world. The other brought tales of competition, scarcity, power, and woe. Those two remain int he world. We mortal ones get to choose which of The Twins we will listen to and align with.

The theme held by clients during the past week has been the environment. Climate change and the flood of toxins in our environment seem to be on folks’ minds. Clients keep asking me what I think about the state of the world; they want to know whether I believe humankind is doomed.

Western culture learns by cutting everything into pieces, making distinctions between the diverse components of ecosystems, and between body, mind, and spirit, creating enclaves of specialization even while acknowledging all may be related. First Nations people tend to see everything as interwoven, related, and spiritual. The two ways of knowing create very different ways of being in the world.

In North American culture there is a disjunction between the hard science, public discourse, and politics at all levels. Spirituality is often separated from the life of the Planet. Many people find this crazy making; the massive misinformation presented as fact on the internet, coming from all shades of the political spectrum, fuels their suffering.

The resulting crisis of hope is as much spiritual as it is political and ecological, for ethics and spirituality walk hand-in-hand. For those who believe we are the children of Mother Earth, and that the planet is a conscious, purposeful being, our collective behavior is bewildering, even terrifying. Yet this view appears to be in the minority.

We are witnessing a clash of stories. One narrative is about Emergence, interconnection, and responsibility. The other is about greed, loneliness, and indifference. Both are ancient narratives.

In the realm of psychology, the difference between these paradigms is exemplified by the divide in the practice and ideology of Narrative Therapy as understood by Indigenous people and other minorities, and practitioners in the dominant culture. For the latter, Narrative ideas are often tools for asserting control, privileging adjustment over liberation. In the minority view, Narrative Therapy has a strong liberationist focus, seeking to expose the globalizing distortions that negate minority experiences and knowledge. In this view Narrative Therapy is seen as seeking to create conditions conducive to the strengthening of self, connection, and community. Sadly, I seldom hear libaratory language used in the Narrative Therapy community by others than by members of minority communities.

From the minority community view of Narrative Therapy, the psychologically damaging distortions that characterize the discussion of environmental and social issues, including poverty and health care, are valid topics for exploration. One might be curious about the etiology, ways of working, and effects of these distortions on the lives of the people who come to us for aid. In order to be truly useful one must be curious without being dogmatic.

When folks settle into an ease with their knowing the Earth is alive, become filled with empathy and gratitude towards her, and feel fear and grief at our present collective malice towards her, how are they to live? The answer to this question depends largely on one’s cultural view. For Indigenous people, the problem is spiritual and must be addressed as such. For Westerners, the challenge often lies at the intersection of psychology and spirituality and requires clinicians and clients to stand firmly in both forms of knowing. The ways of living that arise from each stance will be unique to the individual or community.

Stories are not neutral artifacts of culture; they are powerful shapers of our individual and collective behaviors. They compete with us for attention, telling us about the world, how to live, and what our lives mean. Stories build or tear apart selves and communities, giving rise to Hells and Edens. The Twins are very much at work in the world.

2 thoughts on “Stories and Choices”