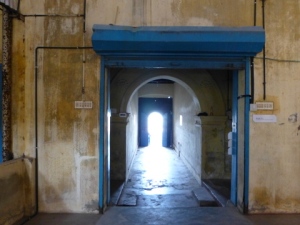 Sunday afternoon we sat down to an early Passover Seder. We gathered Sunday as that was the only time most of us could be together. The Seder is a ritual meal conducted around a text, the Haggadah, that relates the story of the Jew’s deliverance from in Egypt. Passover began, this year, last evening.

There are many versions of this ritual, many Haggadahs. Yet most remind the reader and the listener that there is no freedom as long as anyone is enslaved. This is a difficult truth for many of us. There are many forms of slavery: hunger, substance abuse, trafficking, and wage slavery to name a few. The text implies that wealth won via the labor of the enslaved is inherently evil. This would seem to challenge much held dear by market driven societies. The story also promises that Nature and society will eventually rise up against exploitation.

The Passover story is deeply embedded in both Judaism and Christianity, although Passover itself is often lost to the allure of Easter in Christian communities. (The Last Supper was a Passover Seder.) Easter often appears to negate Passover’s call for the immediate redemption of all from slavery, in favor of a personal salvation in the present and some larger redemptive moment in the future.  From the perspective of  Passover, this seems highly problematic. Yet, we must put this also into historical perspective. Jesus lived and taught at a time when freedom from oppression at the hands of the Roman Empire must have seen quite for in the future, even as the desire for freedom burned with a new intensity.

Of course, Christians have long sought an end to slavery for all people. Native people, both Christian and Traditional, in the U.S. often think of our removal from our homelands as both exile and a form of slavery. The Civil Rights Movement conducted by African-Americans used the Passover Story as a central metaphor. Quakers, Unitarians, and other Christian groups continue to be actively engaged in the movement for social justice.

Yesterday I found myself in a conversation with a client about the Prophetic Tradition in Judaism. There has been a long line of Jewish women and men who have stood to face the popular advance of dehumanizing ideas and practices in Jewish culture and beyond. I image there have been few generations since the Exodus that did not produce dissenting voices, and calls for a more liberatory practice of life. Even the Hasidic Movement, now often a bastion of ultra-Conservatism, can be understood as emancipatory in its beginnings in the Seventeenth Century.

As we sit down to our Passover meals, let us remember that as surely as the warm winds of the South come with the Spring, melting the snow and releasing the green fire of another year, so does the desire for freedom ignite the fire of the human spirit. Let us take stock of our beliefs, attitudes, and practices, and notice where we foster the growth of slavery, rather than nurturing freedom for all. It is good to remember the prophecies from many cultures that say cruelty and greed will lead only to more suffering, whereas kindness and generosity will repair the Great Hoop of All Beings.

May your Passover be joyous! May we meet next year in a world free of slavery.

One thought on “Passover”