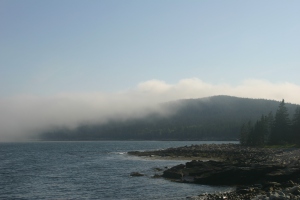 Greed always seems to undermine promises. Nowhere has this been more true than in the relationship between First Nations people and Federal governments in the Americas. This week growing protests have brought the Tar Sands of Alberta and the San Fransisco Peaks of the Four Corners into the news. These regions have massive reserves of coal and oil. Protests are also under way in Sonoma County, CA, where the lands produce grapes rather than oil.  All of these proposed or ongoing developments will destroy the sacred lands of many tribes, and will displace large numbers of tribal people. They will also destroy invaluable wildlands, and the oil production will dramatically contribute to global climate change. Native people in the U.S. and Canada are united in large scale protest.

One of the truly sad aspects of all this is it is happening under the watch of President Obama who, of all people, should know better.

Censored News wrote about a protest planned for today in Washington, D.C.:

WASHINGTON — Native Americans and First Nations will be arrested at the White House on Friday, urging President Obama to say “No”‘ to the Keystone XL Pipeline that threatens Indian country and the enormous Ogallala aquifer in the heart of the nation.

Representatives of Canada’s Assembly of First Nations, First Nations community members, Native Americans from the United States and the Indigenous Environmental Network, will be arrested in front of the White House to protest the proposed Keystone XL pipeline.

“President Obama will decide the fate of this massive project later this fall. Representatives have traveled to the capitol city to wrap up two weeks of the largest mass civil disobedience the United States has seen organized in decades,” the delegation said.

First Nation and Native American arrestees will be holding banners saying “Obama honor the Treaties” and “Stop the Keystone XL Pipeline” until they are arrested on Friday.

And this just in!:

American Indian and Canadian Native leaders were arrested today in front of the White House as they refused to move under orders from the police. Representatives of Native governments and Native organizations from the United States and Canada traveled long distances to join thousands of people that have come to Washington DC during the past two weeks to tell US President Barack Obama not to issue a permit for the construction of a controversial 1,900 mile oil pipeline from Canada to the Gulf Coast.

The San Francisco peaks protests have also resulted in arrests, according toEd Mortimer:

FLAGSTAFF, Ariz. — Defenders of San Francisco Peaks were arrested during a peaceful march on Sunday and then locked down to halt pipeline construction on Monday at dawn. Native Americans and supporters are continuing their week of action to halt the Snowbowl Resort from the continued destruction of sacred San Francisco Peaks.

What’s this all about? Indian Country Today explained the issues in depth. In part they wrote:

The San Francisco Peaks are located in Arizona, on federal land within the Coconino National Forest.  They are sacred to Apache, Hopi, Hualapai, Navajo, Yavapai and other Native Nations. These hugely important Peaks are home to many sacred beings, medicine places and origin sites. Myriad ceremonies are conducted there for healing, well-being, balance, commemoration, passages and the world’s water and life cycles. The U.S. Forest Service has indicated that the San Francisco Peaks are sacred and holy to over thirteen Tribes in the southwestern United States.

Yet the Forest Service and the privately owned Snowbowl ski resort, which is located on the Peaks, plan to expand the ski area and to use recycled sewage to make artificial snow.  This could have a hideous impact on the Native religions and Native peoples, as well as on the water and health of the region.  Native spiritual leaders have watched the creeping recreational development of the area with a wary eye for decades, but these current plans are so beyond what is tolerable action is now the only sensible course.

First Nations leaders hope the San Fransisco Peaks protests will spread across the country, and include every U.S. Forest Service office.

Finally, West Coast Natives are voicing opposition to a plan by the world’s largest wine maker, Artesa, to destroy native sacred sites in order to grow grapes. Will Parrish wrote in a recent edition of Ukiah Blog:

Last week’s People Who Belong To The Land was the first part regarding opposition by members of the Kashia Band of Pomo Indians to the enormous Spanish wine corporation Codorniu’s proposal to deci­mate one of their sacred sites, located just outside the northwest Sonoma County town of Annapolis.

The land in question is located amid a complex of 3 documented ancient village sites that the Kashia inhab­ited prior to the arrival of European and Euro­american colonizers. Until recently, the Native inhabitants of the area still used this land to continue to practice their tra­ditional way of life….

…..Periodically, Parrish Chappell will turn to Parrish Wilder in the midst of a conversation and speak to her in the traditional Kashia language, sometimes as if seeking her help to find the right words in English to explain the meaning she is attempting to convey. In their meeting with me, the conversation sometimes turned to extended interactions concerning the history of their landbase’s natural environment.

“The land over here means a lot to us and they’re planning on destroying it,” Parrish Chappell says. “They’re trying to tame it, taking away all of the things there. Gosh, that’s terrible, you know, what a spiritual place and they’re putting in to where they can get the people drunk on it.”

For many Native Americans and First Nations people, our lands are our temples and churches. Please do what you can.