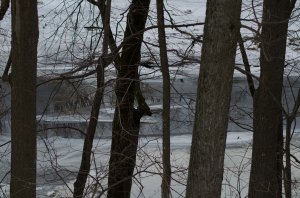 The other day a friend told me that she had decided to stop writing about her experience of extensive childhood trauma. She had spent months holed up in her tiny study, writing a couple, to several hours, each day. She was tired of retelling the same stories and could see no way forward into new territory.

One of the challenges with trauma stories is that trauma tends to dramatically simplify the experiences of those who find themselves denizens of territories it holds. In that way it is very much a colonial endeavor, enclosing and privatizing bodies and the landscape of lived experiences, and insisting upon totalizing narratives that erase other points of view. From the point of view of trauma, the landscape is barren, corporate, and empty, owned by trauma, and devoid of vibrantly alive persons and their search for meaning.

I wonder whether one of the reasons so many young people have been drawn to Indigenous experience is that many Indigenous writers have undertaken the challenge of recovering and elucidating the presence of beauty, continuity, and meaning in the colonized landscape. Indigenous writing often seeks to reclaiming a sense of self in the physical, personal, and cultural spaces in, and through which, writers, and their important others, move, and by doing so, challenges the primacy of trauma’s vastly simplified narratives.

Perhaps young people intuit that many Indigenous writers and trauma survivors inhabit a shared landscape, and they might glean some ideas for resisting and recovering by reading Indigenous authors. This is not without peril, however, as they may be tempted to appropriate Indigenous experience and culture rather than seeking a dialog with them as a way towards reclaiming self in one’s own cultural context.

Trauma is both an immensely personal and profoundly shared experience, one that, like the Borg, shapes the lives of anyone with whom it comes in contact. At the very heart of traumatic experience lies a contestation of meanings, a battle in which trauma as a seemingly overwhelming force challenges any and all attempts to wrestle meaning making away from its control, while those subject to its whims and dictates attempt to do just that.

Central to this contest is trauma’s desire to silence the voices that rise against it by insisting that only one version of experience is valid: that of the colonizer. In opposition, a wealth of voices may rise, each providing an alternative narrative. Taken together, these Other, marginalized and discredited voices offer a rich diversity of experiences and viewpoints, each of which undermines the colonizers’ claims to final authorship. Sometimes these voices join together in a cacophony of narratives that turn the apparently barren landscape into a space of immense complexity and diversity, and in so doing disrupt the mono-narratives favored by trauma.

As we talked, it became clear to us both that my friend was working hard to recover some ground from her abusers and abuse, yet doing so on their terms. She was caught, as we are all likely to be at times, repeating the same stories from the same perspective; her writing left no room for alternative voices or challenges to the dominant discourse. She was writing trauma owned stories from colonized ground.

So what options might she have? As we explored her dilemma, she became fascinated by the constraints trauma had placed on her. Together we wondered what might happen if she allowed silenced voices to intrude into, and speak through, her writing. We became curious as to what changes in meaning might take place if the landscape became populated with experts on living with the colonial experience, voices that insisted the complexity of their lives, histories, and stories be granted equal footing with the  narratives preferred by trauma.

We began to imagine ways in which diversity and complexity might find voice in her writing, where her own experiences of harm and resistance might be articulated. She began to envision writing in which myriad selves share their experiences and the meanings they ascribed to them, and where the colonizer’s grandiose stories of supremacy might be shown for what they are.

All this set me to wondering how others write resistance, how others articulate complexity in the face of demands for silence. Of course, writing is simply one way to use the arts and creativity to liberate colonized territory and experience.  Does your work challenge the authority of colonization and trauma? If so, would you share your work and thoughts with us?