Friday brought snow; it snowed most of the day but was too warm for anything to accumulate. Friday night we had about 8-10 inches of wet, heavy snow which brought down tree branches and caused quite a few people to be without power. The snow was of the sticky variety and the white coated trees were breathtaking.

Today we might have temperatures near 50F, which would be a welcome change from our unusually frigid March. In spite of the cold, some maple producers managed a normal crop for sugaring season and might be able to boil this week as well. Here in the broad valley nights are forecast to remain above freezing for the week so the maple sugaring season may end for us. Nighttime temperatures must go below 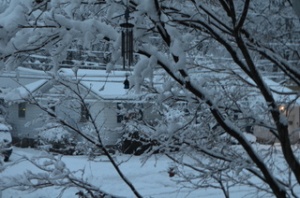 freezing in order for the maple trees to recharge and send sap up their trunks.

We’ve been living with a virus, thus much sputtering, coughing, and sneezing. I’ve taken something of a personal affront at this invasion, which makes little objective sense as the virus is widespread and many are much more ill than us. I remind myself that the virus needs to eat and reproduce, and that we owe our very existence to viruses, but this line of thought seems to have little traction with the me that wants to be over it.

I guess my antipathy towards the virus clan is understandable given my experience of, and ongoing relationship to, Polio. To say it has been life-changing seems a considerable understatement. Even so, I am left with a sense of mystery and awe at the transformative nature of some viruses, organisms able to rewire entire nervous systems. I am also reminded that the inhabitants of our gut biome, mainly bacteria, appear to control our emotions, cognition, and even movement. What are we to make of that?

Fortunately most of the time I am able to go along imagining I am one solitary being, largely taking the many voices in my mind, each with a perfectly understandable point of view and set of needs and desires, for granted. I also don’t think all that much about the organisms living between my individual cells, or even the cells themselves. I may be less neglectful of the trillions of organisms living in my intestines and stomach as I have taken on a project of feeding them better.

The illusion of selfhood is difficult to shake; it is, after all, a highly effective way of dealing with the everyday needs and 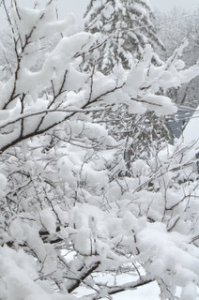 demands of life. Just imagine how we might get along if we had to reach agreement with a billion or so organisms just to move an arm! Fortunately, most of the time the system works so well we can keep up that ever so convenient pretense of unity. Still, it seems good idea to contemplate, and be amazed at, at least now and then, the complexity that we each are.