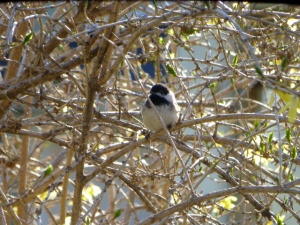 The conversation that developed over Sunday’s Mothers’ Day post left me mulling changes to the status of women and children in Native America. Traditionally, in much of Indigenous North America, Native women were viewed as the healing and creative force in the community; they were the Life-Givers. Women were also the leaders, making decisions for the welfare of the community and choosing the war chiefs. Children were the future, and were held dear. They, along with elders, occupied the heart of the community.

When Europeans came to Turtle Island they brought new ideas about women and children as commodities. Settler governments and their agents refused to negotiate with Native women leaders, even though the women “owned” the land and the community’s material goods. Over time, the settlers forcefully and brutally undercut women’s authority; one can speak truthfully about the “rape” of the Indigenous Americas.

Of course, not all Europeans disliked Native women, and marriages between settlers and Indigenous women were frequent in the early days of settlement. Those of us Natives from the Northeast and eastern Midwest tend to be light complected, showing the genetic flow of over four hundred years of inter-marriage. Pigmentation can be a source of both invisibility and survivance.Last evening I found myself engaged in conversation about gender and violence on Twitter. I am grateful to all who contributed to the conversation and helped to shape my thoughts.

What began as concern for the 200 young women and girls kidnapped in Nigeria, became a conversation about the 1000 plus missing First Nations women in Canada, and the refusal of the Canadian government to address the issue, even in the face of a United Nations report that came out yesterday. Most of the participants were Canadian First Nations persons and the focus was on the missing First nations women and their families. Yet my thoughts inevitably turned to the high volume of violence against Native American women and girls in the U.S..

I found myself wondering about the outcry from our First Lady, and innumerable other politicians, on behalf of the endangered Nigerian girls. After all, perhaps because the President supported it, Congress barely passed an extension of the provisions of the Violence Against Women Act that apply to Native American women. This occurred in the face of decades of troubling statistics and a strong consensus that such violence is woefully under-reported. Importantly, while there is a high level of domestic violence within many Native communities, there is good reason to believe that Native women are most at risk from settler violence, especially near reserves.

I also thought about the Native men and women I see in my psychotherapy practice, and about friends. Regardless of whether they were personally victimized, sexual violence often exerts a strong influence in their lives, especially in the lives of the women.  Some report their parents had been abused in orphanages, residential schools, or other institutions. (I have often wondered about my mother’s experience as a young adult patient in a TB sanitarium.)  Given our history of forced assimilation, often through sexual violence, we should not be surprised that sexual violence is a frequent theme in Native experience.

The consensus amongst the participants in last night’s discussion was the public does not want to know, nor does it care, about violence against Native women. I am less certain of this. I am aware that all women in our culture face a disproportionate incidence of sexual violence, women of difference even more so. Native women are reported to experience the most sexual violence of any group; genocide is ongoing, yet the society ignores, and, perhaps unknowingly, condones it. Apparently, it is easier to look across the ocean than to acknowledge the injustice at home.

In the consulting room violence against women frequently appears in clients’ lives as self-loathing and self-blame, and leaves them vulnerable to new trauma. Often one of my first tasks is to aid clients to contextualize the violence against them, for without context there can be no healing. In the absence of  a multigenerational perspective, the focus remains on the failed-self, rather than the self as both healthy and at the nexus of societal violence.  This holds true for individuals and communities, yet so often, as I mentioned in my last post, mental health clinicians and agencies refuse to even acknowledge the presence of multigenerational trauma and ongoing institutionalized brutality.

As a parent I am particularly concerned about these issues. Violence effects both our young women and young men, Native and non. So often the women I see for therapy struggle to manage histories of sexual violence, while the young men, some with their own histories of sexual trauma, wrestle with the tension between their big-heartiness and desire to be kind and attached to women, and the peer expectation that women will be objectified. These are painful and, frequently, debilitating issues, that, by their very nature impact our children and their children.

I hold those young Nigerian women in my heart; their plight is familiar and unconscionable. I also hold the politicians, who use the Nigerians’ suffering to mobilize the public ire against radical Islam, responsible for turning our collective attention away from the ongoing violence against Native women and children throughout North America. Rather than focusing on politically useful incidents, we must, as a society, condemn and address violence against all women and children in all its myriad forms.

As we ache for safety and freedom for the kidnapped young Nigerian women, let us remember the suffering of their mothers and families. May we also acknowledge the missing Aboriginal women of Canada and their desperate and grieving families. Let us open our hearts and arms to those who were traumatized as children in institutional settings, and the many Native women who are subject to rape and brutality each year. May we finally understand that violence against Native women and children creates anguish and cruelty that spreads throughout our communities.

Of course, the above is true for all for all communities; violence against women and children creates a culture of harm, whether in the U.S., Canada, Australia, India, or elsewhere.  It is a problem for too large to be solved in the therapy office; it must be addressed by all members of society. If our daughters, partners, mothers, and sisters are to be safe, men must stop raping women and society must actively condemn and resist sexual violence.

It is time for the wider culture to acknowledge that the effects of violence against Native people do not stop at the boundaries of reserves. Rather, they affect all of us, and those we love, as they overflow into the world.