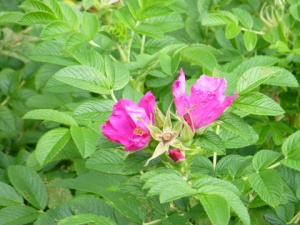 A few weeks ago we posted Facebook video about a raven asking people for aid. The raven had encountered a porcupine and had quills embedded in its face. Sunday we returned from our time in Maine to discover a severely injured a crow (close cousin to the Raven) in our back yard. Neighbors informed us the crow had slowly, with great intent, worked its way from the woods to our yard.

The crow appeared to have a broken wing and was having difficulty standing. Upon closer inspection we discovered its foot was caught in a vine. The crow allowed me to release the trapped foot which appeared to help a little. We then offer the bird food and water, which it mostly ignored; it seemed to welcome a little gentle stroking. We then made phone calls. A former bird rehabilitator suggested we provide a box for shelter for the night as rain threatened. We then waited to hear from the crow specialist.

Yesterday morning the crow was still in our yard. Jennie took a neighbor’s advice and offered it some hard-boiled egg. The crow ate a very small portion. It seemed to be in pain so we talked over next steps, carefully weighing our options. Then the rehibilitator called; he could not make it to our house till evening, but suggested we place to crow in a cat carrier to keep it safe til he arrived. I carefully lifted the bird into the carrier and the crow fell on its side. We removed the bird briefly and placed some rags in the base of the carrier to offer some cushioning. When we returned the very large crow to the carrier we realized the bird, given the broken wing, was too large for it. We also realized the bird was not likely to survive, and after consulting the crow specialist, decided to take it to a vet to be put down.

I lifted it once more and placed it in a large recycling tub. As I was about to put the tub in the car, the crow looked me squarely in the eye, squawked loudly three times, and died. My strong impression was that the crow was expressing appreciation for our efforts, and probably chastising us a little for causing it pain. Anthropomorphizing? One had to be there.

We carefully buried the crow, performing ceremony for it. We had seen no other crows since our return, a strange absence given their frequenting of our yard and woods, and the presence of an injured member of the flock. We wondered whether the visiting crow had been ostracized by the flock. During the burial and ceremony I heard a solitary squawk from far away.

We were left with great sadness that we had, in our efforts to aid, caused the crow suffering, yet gratitude the crow had come to us. Today the sadness lingers. We are reminded of Crow’s large spirit, great intelligence, and keen intent. We wish this crow a speedy and safe journey into the spirit world.

2 thoughts on “The Crow”