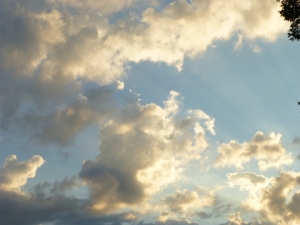 After many days of immensely hot, humid, stormy conditions, we have settled into a Fall like time. This is a relief.

Sad news this week. Recent historical research has revealed that undernourished Canadian children, many Native, were used in government research.

In 1942, scientists employed by the Canadian government began paying visits to indigenous communities in Manitoba’s northern expanses. Finding that many people living there were poor and malnourished, the scientists decided to give half the population vitamins and leave the other half to fend for themselves, just to see what happened. This kicked off what would be two decades of dubious experiments on malnutrition at the expense of minority citizens, Nature News reports. Until now, those experiments were largely (perhaps purposefully) forgotten, but an academic from the University of Guelph published a recent paper detailing the events.

Around 1,000 indigenous children at boarding schools, which were administered by the state and church, also fell victim to similar tests.

Read more
I find myself bewildered by the callousness of this behavior. I wonder about the long-term effects these experiments had on individuals and families,  and about their multi-generational impacts on communities. I am reminded that one of the effects of such behavior is to assure many Native people continue to feel unsafe. It is easy for clinicians from the dominant culture to underestimate the trauma caused by generations of overt and covert acts of genocide. Yet the impacts are present and, often, profound, even for persons of mixed heritage.

I am also aware these revelations pose profound moral questions for the dominant culture. I wonder how we, collectively, are to view and address actions that, following the Nuremberg Tribunals, are internationally recognized as genocidal. How are we to understand and respond to actions that took place generations ago, yet impact the present?

16 thoughts on “The Lasting Effects of Harm”