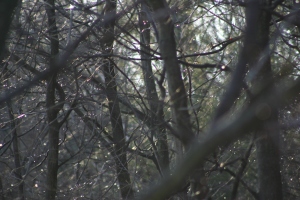 Protect Glen Cove has posted urgent updates concerning the ongoing crisis on sacred ground at Glen Cove, in Vallejo, California. Native people, and others, have occupied the site, and may be evicted this weekend. The city of Vallejo appears to be moving forward with their plans to build a park on the site, desecrating sacred ground. Poignantly, these events are taking place on the weekend of Yom Hashoah, when we remember the Holocaust in Europe. Let us remember that acts of physical and cultural genocide continue here, in the United states, and elsewhere around the world.

The following is an update from the site:

This evening, Corrina Gould, Wounded Knee DeOcampo, Johnella LaRose, Francisco Da Costa and others spoke about Sogorea Te and Shellmound burial site protection to a very supportive crowd of about 100 people at the Intertribal Friendship House in Oakland. Following the talk, an honoring song was sung for all who have been dedicating themselves to standing strong for the ancestors at Sogorea Te.

As the spiritual gathering and vigil being held by local tribal members and supporters at the sacred burial site at Glen Cove in Vallejo entered its third week, Native Americans working to protect Glen Cove filed more complaints this morning with the Attorney General of California in response to new and serious violations of civil rights by the Greater Vallejo Recreation District.

The organization Sacred Sites Protection & Rights of Indigenous Tribes today filed an addendum to the civil rights complaint filed on April 13, 2011 with the State Attorney General in response to GVRD’s attempt to intimidate and limit the number of participants in the spiritual ceremony, attempts to restrict certain ceremonial practices including songs, and GVRD’s refusal to negotiate a resolution of the dispute. The new complaint also further documents the presence of cremations as well as burials at the site, highlighting the risk that bulldozing the hill poses to the ancient human remains.

In a major development, GVRD has informed the United States Department of Justice that they will not sign a proposed agreement allowing the ceremony to temporarily continue without threat of arrest, and GVRD has failed to follow through on their agreement to meet with tribal members to try to resolve the burial site dispute.

Tribal members fulfilled their part of what was thought to be an interim agreement, including taking down tents used for sleeping during the around the clock ceremonies. GVRD however has now refused to do anything they had agreed to do, while stepping up the police presence and monitoring of the ceremony.

A contractor came by today who told us that his job is to paint a poison chemical treatment on the stumps of waterfront trees at Glen Cove, once the Atlas Tree Service cuts them down.

GVRD is not only still refusing to meet with the Protect Glen Cove Committee, they are also declining to sign the agreement produced from an initial meeting on April 18th, in which some basic understandings between GVRD and the Committee were established regarding the ongoing prayer gathering at Sogorea Te.

We continue to request the presence of anyone who will join us in prayer, and we are especially requesting that people stay with us throughout the coming two days, Thursday and Friday, as the threat of a possible court-ordered police action is looming.

“I got my dander up, I’m 90 years old, why don’t the people call the President of the United States since it is an emergency. The emergency is them digging up the graves like at Glen Cove in Vallejo, California.

“As Indians we don’t go looking around for White man’s bones and what they had. When they rest we let them rest. And whatever they take with them that’s theirs, that belongs to them. If they wanted YOU to have it, they would have given it to you.

If the United States cannot go by the law, then why should we abide by it?

Now the World has gone down because of these corporations, and WHEN are you going to stop.

When you don’t do right In this world, then the Creator will see that you do.”