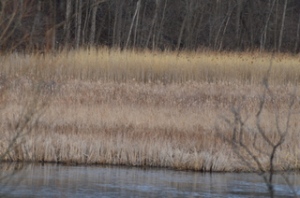 Although it is a warm day we are ensconced in the house, doors closed tight. Outside, clouds of mosquitoes attack any warm-blooded being that passes.  Every now and then a neighbor runs past, arms flailing in the vain attempt to fend them off.

When we dare to open a door or window, we are greeted by the sweet fragrance of lilac and lily of the valley, both of which are blooming copiously now. We’ve had a few rainy days and the high humidity readily carries the scent of blooming flowers to our welcoming noses.

Last week a much-loved family member died after a long life well lived. The prior few weeks had been a precious, spacious goodbye. We were graced to be with him during his last couple of days, and now miss him dearly.

He was a fine photographer, creating images that reflected his deep love of people,  landscape and Nature. Like many of the best photographers he was captivated by light. Now, as I  notice moments of transcendent light, I find myself imagining his pleasure at trying to capture them. As a photographer, as in most things, he was much more systematic than me, although we both managed to “catch” good photos with some consistency.

A couple of weeks ago he gave me a one of his more unusual lenses. I had intended to send him the first photos using the new gear but alas did not have time to truly explore what the lens might do. I hope he is looking over my shoulder as I process those initial images.

We held vastly differing political opinions and had deep, heated, animated discussions about the state of the world. Underneath the differences lurked much agreement, a secret I like to think brought both of us much pleasure.

I imagine our discussions (some would call them “fights”) mirrored the political conversations of a bygone era when differences became the grounds for compromises that brought policy closer to the common good. I know he longed for a return of thoughtful discussion, civility, and attention to the real needs and aspirations of the people. I guess the task of creating a culture of mutual regard now falls to us.