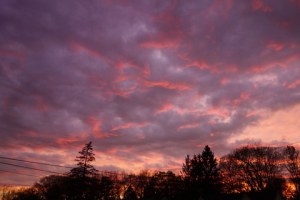 Last night we went to a concert by Tanya Tagaq, the Inuit throat singer, at the Flynn Center’s black box theatre. I had been looking forward to this event all season.

Tanya is an eloquent, vastly talented woman, who travels with a band composed of a drummer, violinist, and sound artist/engineer. Their music is largely improvisational, as is the tradition of Inuit throat singing. Last night, Tanya’s performance drew from jazz, metal, electronica, punk, and traditional Inuit forms; she was both a very contemporary performer, carefully playing her audience, and deeply traditional, caught up, at times, in deep trance.

As we awaited the show I sat with the contradictions inherent in the moment. There is often, for me, something profoundly unsettling about Indigenous performance in settler settings. One one hand, it seems good to share ancient and modern cultural Indigenous traditions with a wide audience, to remind others that we are, as Tanya underscored, still here. On the other hand, as Tanya again pointed out, there is always a serious risk that the audience will treat both the performance and the material as archival, as though resurrected from some museum vault.

As it turned out, there was little chance the audience would relegate last night’s performance to the category of  cultural artifact. Tanya and the band were powerful and immediate, the music and volume resoundingly contemporary. Tanya’s performance style was sensual, sexual, even seductive; she touched many spaces, alternatively joyful and sad, despairing and ecstatic. She appeared to move in and out of deep trance, her voice taking on characteristics of land and marine animals, while her body morphed through a wide array of states.

During one particularly intense section, I imagined she was embodying Sedna, whose tragic story lies at the very heart of Inuit culture. This segment became disturbingly shamanic, as Tanya and the band entranced us in their narrative without words. As I watched/listened, I was reminded to my core that the world of Nature defies our expectations for niceness and safety, and Sedna’s abode, the sea, is a realm fraught with peril, even for the shaman. I also remembered that even as we may attempt to separate humans from the great web of life in which we are situated, we cannot; all that is Nature is within us, and can erupt, sometimes terrifyingly, at any moment. I wondered whether much of the violence perpetrated on Indigenous cultures has been an attempt to erase that disturbing truth.

I also thought about the shaman’s performance, the practitioner’s necessary, if potentially terrifying, movement between the realms of spirit and human, Nature and culture. Trickery, play, even flirting, may accompany the shaman’s trance and journey. She may embody the spirits, important local animals, and ancestral heroes, bringing them to life before her audience, even as she seeks to work with them for healing or ill. I was reminded that, traditionally, in many cultures, shamans were known as much for the quality of their performance as for the efficacy of their healing.

We left the theatre accompanied by a wide range of moods, thoughts, and feelings: grumpy and moved, disturbed and energized, revolted and entranced. I wondered whether others felt this complexity of response. I also found myself pondering how I might think about this performance that occupied the crossroads of the sacred and the profane. After all, I was always taught that the everyday and the sacred are thoroughly entwined, even as some places and moments are, somehow, more endowed with the immediacy of the sacred than others.

Later, I found myself puzzling over our continued destruction of the arctic, and the effects of rapidly accelerating climate change on the people, plants, and animals of the region, an ecosystem disintegrating before our eyes. I imagined that last night Tanya held all this, along with the deep and abiding resilience of Nature and Life, as she sang and moved, revealing, through voice and gesture, what we might prefer to ignore.