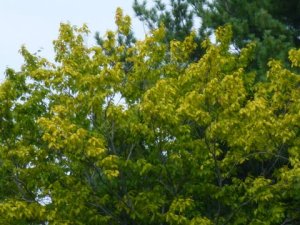 Summer is winding down. The first  fall color is beginning to show in the trees. Rain comes more frequently. Students who plan to work individually with me this Autumn have begun sending me e-mail, and folks who have taken the brief Vermont summer off from therapy are calling or e-mailing to ask for appointments. Jennie and I spent last weekend working with new Master’s students who will be attending college via distance learning.

The days are finally cooler, although the humidity has held on. Even so, the water along the shore of Lake Champlain is very warm. It is also exceedingly shallow, allowing those who can walk out the opportunity to walk a good distance past some of the boats that are moored in the bay.

County fairs are now a weekly occurrence, moving slowly across the agricultural

landscape. Most are truly country, filled with livestock and baked goods,  and aromas of both. This year being an election year, they are also overflowing with politicians. The politicians and their supporters are filling our mailbox and the airwaves with word of their thoughts and doings, and their posts are enhancing our recycling bins. It all seems very agricultural.

I’ve spent quite a bit of time lately sitting with the parents of Autistic children. Often the parents feel isolated, as do many parents of children who are differently abled. Some are concerned about reductions in governmental supports for themselves and their children. Too often, the existing supports are inadequate.

Sitting in conversation with them, I am reminded of a sometimes stark cultural divide.

Native America has traditionally embraced children and persons with disabilities, and their families. Collectively, we hold a notion that children and adults who have social learning challenges, developmental delays, or other disabilities are potential teachers. Frequently, they are seen as having a direct line to the Creator. We are here to support them and their families as we are able, and to remember that our lives are intertwined. Further, there is an understanding that there is more than enough suffering to go around.

Of course, not everybody in Indian Country believes this, is kind, or refrains from bullying. Heaven knows things are hard, even dangerous at times. Yet there is a fundamental belief in the worth of all people that mitigates the harshness experienced by many disabled persons in modern societies. Native  communities, to the best of their ability, support and protect all of the people.

Vermonters share many of these values. Our conversations tend to be around how best government may support those in need, rather than whether support should be extended. We look at our limited resources and think together about how they may most effectively be applied. While there are certainly those who are at one extreme or the other, they are, so far, a small minority.

Oddly, Vermont is portrayed in the nation’s media as very Liberal. I like to think we are community focused, that, collectively, we are  neither liberal nor conservative in the political sense. We are a tiny state in both land mass and population. The joke is that everyone still knows everyone else and their business. Rather than being Liberal, I like to think we have simply kept the best of the Native values that were in place when the colonists came along. There have been times when we lost them, but we somehow seem to find our way back.

When others read our values as Liberal they do us a vast disservice, as they miss the fundamental moral and ethical compass that guides our collective experience. They also underestimate the power of knowing one another in community, and the corrosive influence of ideology.   Such labels ignore the hard work done by Vermonters as they seek pathways to a shared and engaged future.

This project arises, I think, directly from our lived reality. While Robert Frost eulogized the benefits of good fences, Vermonters have also long been aware of the value of the commons. While familiarity sometimes breeds contempt, it may also foster connectivity, engagement and compassion.

Outside our few metropolitan areas, folks still intimately know the lives of the people around them.  I choose to believe that when people see the fate of others firsthand, they are more likely to care and help. Here, in Vermont, this is still, by and large, true, as evidenced by the innumerable acts of courage and community that arose from Irene’s visit about this time last year. May it always be so.

I’d like to hear how the people of your communities are faring the rough seas of our times. Do you have stories to share?