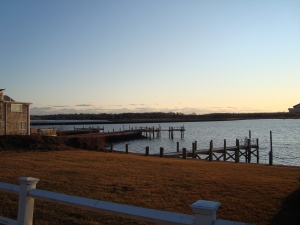 We’ve been thinking about story.

Jennie is preparing for another trip to teach Playback Theatre and Expressive Arts Therapy in Bangladesh and India, as well as to teach a workshop on Narrative Therapy in NYC. I’m getting ready to teach “Arts and Social Change”. We’ve decided pretty much everything we do is centered on story.

The play of the world and the place of humans in Her life are part of that story. The rain falling outside the studio window as I type is part of the story. If we were in Alaska, tens of feet of snow would work itself into the story. Maybe next year we will sit around the hearth and talk about this winter that wasn’t. Maybe in two hundred years those who come after us will tell the story as they understand it. What may seem like fact and portent to us will be history to them, and myth.

From the shaman’s point of view, the story begins countless generations back, and extends far into the future.

I like to think of First Woman falling through a hole in the sky, falling for days and days, only to be caught by some kind ducks and geese, some of who died in the effort. I like to ponder whether she was pushed or fell, or simply jumped out of boredom, curiosity, or a wish to die.  Her falling is a good beginning to the story. In fact, it’s a grand story in itself!

In some versions of the story she births pretty much everything, in others, mostly human beings and, maybe, a few of our animal kin, usually the ones we depend on, traditionally, for survival. Those of us who live in North America walk on the back of the generous turtle who volunteered to hold her up, keeping her safe from drowning in the deep waters of the world’s oceans. Our hills and mountains might even be the beautiful shell of that turtle.

I think the turtle wasn’t First Turtle. No, I imagine he was just some handsome member of that ancient band, kind and big-hearted, and strong enough to support creation on his back. I imagine we are all called, in one way or another, to care for the people, so we are related to that turtle. Many of us are slow walkers, ponder things as deeply as we are able, yet are willing, at least on rare occasions, to spontaneously do what is demanded by the moment. I guess that makes us Turtle people.

First Woman’s story is a good story. If we stayed with it long enough we would come to the hard, violent, underbelly of human existence. The story is, after all, about us, and holds all our experience. Getting hurt, or lost, or even forgetting the story is part of the story.

“Good” stories are tales that hold the truth, cradle it close in their long arms.

They remind us of who we are and who we might be, individually and collectively. Often people come for aid when their stories don’t seem good and true anymore. I think abuse and genocide, in all their myriad forms, are about purposely breaking the sense, the very bones, of people’s stories. Colonialism, too, shatters stories, replacing generations of lived experience and wisdom with a stripped down, alien, heavy-handed and broken-hearted poverty tale, spun by the “victors”.

Shamanism calls on the spirits and Ancestors to reweave the broken threads of story, to remake a whole from innumerable fragments.

It strips everything down to an essence, and rebuilds. Narrative therapy, birthed from colonialism’s cauldron, seeks to do the same. Each works with the stories at hand, drawing in other tales as need and availability allow. Each builds lay and layer of richness and complexity, and, overtime, both unEarth the presence of the sacred, and recover, Self.

Elie Wiesel, in a brief story in his preface to The Gates of the Forest, noted, “God made man because he loves stories.” (Joel Merchant retells Wiesel’s story and, fittingly, spins a deeply personal story from it.) I like to think the Creator and Pachamama made us in their image, as story lovers, and story tellers. Like them, we are free to try many story lines, to create seemingly infinite alternative texts and endings, spiraling around a few profound themes. What else is Evolution but the play of innumerable stories, the individual strands of each of which eventually comes to an end?

Evening falls, live chamber music streams from the BBC, and the falling rain mixes with snow. Light cascades through the studio windows and is absorbed by the growing dusk. This afternoon, in this place, the story is good.