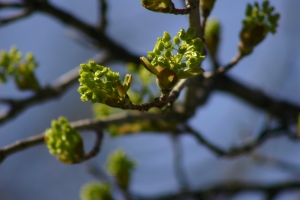 Psychotherapy and shamanism rely, in part, on compassionate truth-telling to facilitate healing. Sometimes we healers become clowns, touched by the playfulness and directness of the Tricksters: Coyote, Raven, or Spider. The truth can hurt, yet it can also heal. A lot depends on packaging.

Ancient Whiteagle Wisdom recently told the story of an unknowing clown, and truth-telling in a ritual. Of course, sparks flew. He said, in small part:

Before the feast the Clown appeared with his shirt open, showing off his hairy chest and personally designed body art. He wasn’t wearing shorts under his running pants, so his body was subtly revealed. When I noticed the angry Road Chief approach him, I told my friends he was going to tell the Clown to cover up and to watch for the Clown’s response. The Chief’s abusive fathering was done in a whisper, so no one heard what happened. The zipper went up covering the body hair and tattoos, but when we were all assembled, and everyone was listening. The Clown spoke up “Earlier someone hurt my feelings when he told me his wife was outraged by my appearance, that I was disrespectful. My last t-shirt is muddy from the Quest and I wore my underwear in the Sweat Lodge. This is the best I can do, the only clothes I have. I’m sorry you could see me so clearly, but what attracts you and offends you is standard equipment with men. I thought we were over that Christian moralizing.” The bold Heyokah was humiliating the Chief in his own backyard. Shortly after that, the Clown’s Uncle, himself a Lakota Sun Dance Chief and Peyote Road Man, reminded us we are all human and the meeting was to focus on the Sponsor’s prayer for harmony, clarity, and stability. Then he began to sing and pray.

Sometimes the spirits just need to stir things up. Compassionate truth-telling does that. Blaming stirs things, too, but seldom leads to healing. Tricky these nuances. One of those times came yesterday, when the U.S. government announced it had code-named Bin Laden, “Geronimo.” (I haven’t seen many sparks flying up from that fire yet.) Another came last week when the Maine Commissioner of Economic Development made spontaneous remarks about Native peoples and African-Americans to audiences who heard them as blatantly racist. Apparently he thought his remarks were taken out of context. Now, I have allies who are tricksters, and I know from painful experience they can set me up to be the clown. In the end the experience is usually healing, but the truth be known, I’d usually rather not have to go through it.

Another kind of coyote (or, I guess Geronimo) are those persons, including Native peoples, who live atop, and must regularly negotiate, national and international borders. (This requires a kind of balance, not unlike being a good therapist, or a shaman, and I like to think the Tricksters have a special fondness for such folks.)  Artists, and the best academics are coyotes, too.  Recently, there was an art show, and related seminars, exploring the topic of negotiating international walls and boundaries. These events took place at the University of Massachusetts.  Ikatun.org posted photos and text about the show, saying in part:

In conjunction with the Native Studies program. With guests Ofelia Rivas (Tohono O’odham), Solomon “Rocky” Bear (Maliseet), Curtis Lazore (Mohawk), and moderator Ramona Peters (Director, Cultural Survival Board, Cambridge MA). The panelists discussed their experiences of living on both sides of the “imaginary” borders of US-Canada and US-Mexico, being repeatedly asked to declare their citizenship, and the ways in which they subvert the border, initiate educational sessions with border patrol staff and assert their identities as original peoples of the land.

We all need to have, and to set, boundaries. Those Trickster Ones sure are good at violating them though. Maybe their point could be well taken; we could acknowledge many of the barriers we put up to keep us and others separate are paper boundaries. They seem artificial, even capricious, and lead to a lot of loneliness and suffering.  Putting holes in those barriers can give rise to intimacies of all kinds. Just look at all us mixed bloods!

I’m curious whether anyone will notice the tricksters at work, making racism and bigotry visible, and offering us all opportunities to heal.  I wonder whether those who have been caught up in the tricksters’ work, will learn anything from their”mistakes”, and apologize. That might lead to really powerful healing! Finally, as angry and saddened as I am by all the racism on the part of people who should know better, I’m curious whether you and I will remember the Tricky Ones could have chosen us.

2 thoughts on “Shamans, Clowns, and Tricksters”