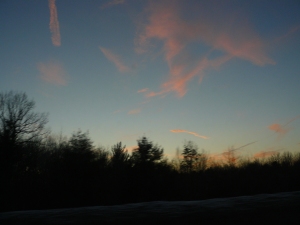 It’s March. Today is overcast and windy. We had a little rain; tomorrow the rain may be heavy. Tomorrow  night we’re promised snow. Yup, it’s March!

Recently, I read a blog post by Narelle Smith, an Australian community worker. Her post, “Reflections on Social Justice”, fit nicely with the thinking I’ve been doing lately. Although it’s been several years since I attended a conference with the Just Therapy Team, my thoughts have recently turned towards the Maori people and their ideas about Just Therapy. Narelle seemed to echo those ideas in her essay.  She said, in part:

I work in a diverse community in terms of the cultures represented, the socioeconomic status of the families I work with, and the social issues that impact on the community and its residents. This essay is a reflection on including social justice and multiliteracies into my practice as a community worker working with families and children aged 0 to 8 years, in a school which operates as a community.

I began thinking about Just Therapy the other day, after one of my students asked, in class, what social issues had to do with psychotherapy. I was stunned. In my everyday life I’m more likely to turn the question around, and ask, “How do social issues contribute to the problems of persons I see in psychotherapy?” I might also ask, along with Narelle,” How might the assumptions I make as a clinician, or my client or clients assumptions about psychotherapy, empower these hurtful social forces .”

I am reminded of the story of the young Indigenous man who had a vision of the world dying. For months he traveled around looking for a medicine person who can help him with the vision. Finally, he ended up in a large city. It was Autumn, and trees were losing their leaves. Scared and despairing, the young man sought out a psychotherapist who listened to his story, diagnosed Depression, and prescribed psychotherapy and antidepressants. The implied message was the only depressed people had visions about the world dying. It implicitly rejected the Earth speaking to us, or the spirits calling a young person to a life of service as a shaman or healer.

It seems to me there are a number of ways to understand that young man’s vision. Indigenous languages and cultures are dying in many places. The lifestyles of many First Nations people, based in the bush, are rapidly disappearing. The living world as a set of intact, interconnected, ecosystems is in jeopardy. Life as an Indigenous person, even a well-educated one, can be very difficult. There seems also to be a possible call to service from Pachamama and the Ancestors.  All of this may indeed be depressing but does not assure that the carrier of the vision is depressed. The young man might have indeed been depressed, but the root of this problem was his relationship to the to the vision. A Just Therapy would encompass all of the above interpretations and seek to meet the young man’s needs in a culturally appropriate way.

Issues of gender, sexual orientation, poverty, culture, and domestic and State violence, come up often in therapy. Just Therapy seeks to support clients to critique the influence of social forces and policies in their lives, and to make visible the client’s skillfulness in addressing and mitigating these effects. Often, traditional healers employee something akin to Just Therapy, and encourage clients to extend both resistance and support into the broader community, and the spirit realms. This is in marked contrast to traditional Western psychotherapy which identifies problem as generally lying within the client, perhaps as a personality flaw.

Going back to my students for a moment, I understand his question arose from a set of  assumptions about contemporary psychotherapy. Essentially, he believes therapy to be empirically grounded and culturally neutral. Just Therapy has no place in his understanding of clinical practice, as he sees a client’s inability, or unwillingness, to adapt to contemporary Western culture as inherently pathological. He  also believes visions to be useless at best.

Justice aware therapies acknowledge the hardships created by unfair, or unjust, cultural practices. They also encourage clients to create a life that is meaningful, even in the face of brutal social realities. Arising from Indigenous experience, and generalized to marginalized persons everywhere, Just Therapy seeks to be both visionary and good medicine. It is need, perhaps more now than ever.

One thought on “Just Therapy Revisited”