This past week I have stumbled a number of thoughtful blog posts. The following are some of those: 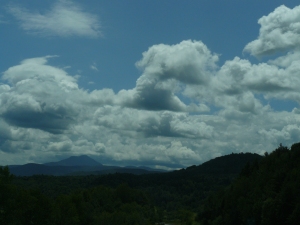 Plant Spirit Shamanism wrote a lengthy piece about the tradition of “sin eating” in the British Isles. I usually don’t refer to sites with heavy advertising, but this post was exceptional. In part he said:

The most paradoxical aspect of the Sin Eater’s life was his role of being central to the well-being of the community but also ostracized from it. The Sin Eater was typically a man who spent much of his life alone, disparaged by the community he served – and yet, in one way at least, the most important member of that community for without him no-one who had sinned could enter the Kingdom of Heaven. At the same time, he was regarded as unclean, as strange and mad – and yet, if he was unclean, it was because of the sins he was eating. The sins of the community, not his own.

Acupuncturist has recently begun writing about her views of the role and life of the healer. She noted:

There is an ancient Taoist saying. “All man’s problems arise because he is caught between the heaven and the earth.” This is a deep philosophical quotation. It means that in order to heal, a person needs to embrace his or her unique spiritual gifts and bring them into physical expression. In other words, healing is achieved by fully embodying your spirit.

Heart Tracks wrote a piece about giving up on his ideas of what he should be doing, and returning to his path. The result was:

The story also leads me into a place of knowing, trusting and healing. It leads to a path of self-transformation and realisation. The path has led back to me. I hope that in sharing this story and tales from the path that I have something worth sharing with the reader. I have begun, more to come.

via Starting on the Path | Heart Tracks.

Last, but not least, Labyrinthina wrote about gifting Pachamama and the Apus. She noted, in part:

The ancient sacred Andean custom of gifting to the Pachamama (mother earth), and to the Apu (spirits of the mountains). Gifts of seeds, nuts, herbs, cookies, incense, and “kintu’s” – coca leaves (the Divine plant of the Incas) are arranged and then infused with prayers and sacred breath offered to the four directions, the Sky, Earth, and the Divine Within. After completion of the offering the package is used to cleanse energies from the participants body and energy field by absorbing the heavy energy into the package (similar to the Native American tradition of smudging). The package then transmutes the energy by releasing it ritually via ceremonially burning or burying the package within the mother earth.

Our friend and contributing author, Stephanie Phelps, illuminates the tradition further – “the despacho is a gift–a giving back of what we receive everyday in our lives to establish new patterns of relationship and possibility. It establishes a link between the physical universe, our personal power, our source of love and wisdom. The despacho, transcends literal and symbolic domains and directly accesses the archetypal and energetic realms

via Andean Despacho – Sacred offering to the Apu “spirits of the Mountains”, the Pachamama, Machu Picchu, Peru!.