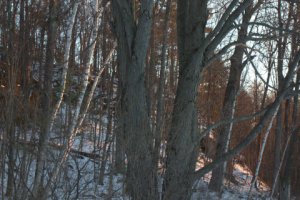 My mom identified as settler while my dad identified as Native. It seemed that mom had room in her sense of identity for only one part of her heritage. Dad took a more nuanced view of things, making room for his European ancestors while primarily understanding himself as Native. Because of this, there was, in our home, a strange sort of quiet, perplexing warfare.

The world is increasingly a place where cultures and races intertwine, and more and more of us are mixed race. (I use the term race advisedly, given there really is no such thing, race being a useful political construct largely devoid of any genetic basis.) People now come in all shades of red, black, yellow, brown and white! Our bloodlines defy easy binaries, yet politics and politicians lag far behind in recognizing our changed world, often preferring to believe there are still “pure bloodlines,”and heroic, ethnically unsoiled early settlers. Such narratives ignore, or erase, those ancestors, perhaps Native, slave, or freed person, who through some quirk of love or fate, become part of the bloodline and the story. There were many of them!

So often conversation in U.S. culture follows the brain’s desire for binaries. We predictably speak about our “race problem” as one between white and black, ignoring the racism experienced by Hispanics, Asians, and Natives. We build walls to separate ourselves from the “other,” a neat trick in a world where there will likely soon be two billion climate refugees. For the moment, these fenced off others are mostly Hispanic, or more accurately, Indigenous people whose first language is unlikely to be Spanish. Our collective insistence on binaries at the border erases Indigenous people and their/our cultures, submerging them/us in other glosses, conveniently placing Hispanics, Mestizos, and Natives in one pot.

The brain likes binaries, if only because they are less work to decipher. Our brains are lazy; they require an enormous amount of our energy budget to operate, and attempt to conserve resources by taking shortcuts. Binaries are a very useful and effective shortcut; they are also extraordinarily dangerous.

It is almost impossible for children to hold complexity before age seven or so. We just can’t imagine that our parents might exhibit many sides, while being one person. Teenagers, too, struggle to conceptualize complexity that transcends binaries. Sadly, even most of us adults are challenged in our capacity for complexity, only grasping the larger picture now and again, severely hampered in our efforts to imagine the intricacies of the life as the other.

As we have seen repeatedly over the past forty years, politicians utilize this basic human challenge to turn groups against one another, to “divide and conquer.” This appeal to the other as somehow “not I” has been fundamental to governance in the United States since the first colonists landed. It has been utilized to marginalize the Irish, Scots, Italians, Chinese, and many other ethnic and racial groups. The designation of “other” was used to dehumanize and commodify African peoples, disenfranchise the Spanish-speaking communities that lived in areas that came under the “ownership” of the rapidly expanding America of the 1800’s, and to justified the genocide of Native people.

My teachers taught me to notice both the complexity and the simplicity of things. When I journey back through the generations to understand some issue affecting the present day, I usually encounter racial and cultural complexity, for the world has long been a vast melting pot. Genes and memes travel across cultures and races, and make life interesting. It is simple: things are usually complex!

In the shaman’s world, we are all Indigenous at root, and the layers of “civilization” are thin. Our ideas about racial and cultural purity are simply bad dreams, not supporting life in the present, nor creating a livable, majestic world for those who may come seven generations hence. We are the Dreaming of the ancestors, just as our grandchildren’s grandchildren’s grandchildren are already being dreamed into existence by us. This Dreaming is an awesome opportunity and responsibility! In order to do it well, we must find a path to a dreaming that transcends binaries and embraces complexity, and we must treat ourselves, and one another, with great dignity and compassion.

10 thoughts on “Binaries and the Shaman’s Dreaming”